Due to the COVID-19 pandemic, we will practice being good neighbors by worshipping together online.   Find the link to join on the Media menu.

As always, if you need prayer or support at this time, please reach out to one of our pastors.

There they were, 120 of them. They were in hiding. Tucked in an upper room somewhere in Jerusalem, praying. But that day the prayer meeting was interrupted by a sound they had never heard before; a sound so great it rattled the windows and shook the doors.

And something amazing happened on that day recorded in Acts 2.

We call this group of people The Church.

There was the sound of WIND.
A violent wind. A wind that moves things around and shakes things up. This word describes a sweeping Spirit.

It’s the same wind that separated light from dark, that pushed the ocean back to reveal the land, that gave life to humans made from dust.
It’s the wind that created two walls in a sea so a whole nation could walk across. They walked into a land of freedom out of a land of poverty and slavery.
It’s the wind that drew dead bones together and brought bodies back to life.
It’s the wind that now calls us to recognize something new is happening.

There was the sight of FIRE.
It wasn’t just any FIRE. There were tongues of fire. They landed on the heads of each of the people – Not just some of them. Not just the preachers in the group. Not just the old people. Or the big givers. Or just the SUPER RELIGIOUS. It landed on EACH of them.

There was the understanding of LANGUAGE.
There were people gathered together from all over and they were able to hear the Gospel in their own language.

In Acts 2, we see that this God breaks down ALL barriers: language, economic, political, educational, and ethnic. God draws ALL people groups to God’s self and – just as important – to one another.

God is a Dancer

Early Christians described God this way: God is a dancer.

In fact, there was a Greek word they used: “Perichoresis” (choresis – to dance; peri – around). Perichoresis, or the Divine Dance, really means this: “The Triune God (all three persons of Father, Son and Spirit), dances around in perfect rhythm and perfect harmony; participating in a perfect dance of outpouring, perfect love.”

This is seen in the Good Father,
Who while dancing, is glorified in the sacrifice of the Son,
All within the power and counsel of the Holy Spirit.

A Father who loves,
A Son who sacrifices,
A Spirit that empowers.

Not only is God a dancer; God is RELATIONSHIP.

As people who want to live the way of Jesus, we recognize that dancing with God includes dancing down barriers that divide us. We have a dream of being a congregation full of people from different ethnicities, cultural backgrounds, income levels and races.

We want to experience meaningful connections with those who are not like us, because this is what we see God doing.

We know this is not easy. We know this doesn’t happen by accident, and that it goes against the status quo. And we know that many of us have never experienced a community like the one we dream.

Which is why we need the barrier-breaking, earth-shaking, other-worldly wind of God’s Spirit to guide us. We’ve seen it done before. In Acts, we see that the Triune God unified the people by giving them the ability to speak, hear, and listen to one another’s language.

Language is about being able to tell people good news, but just as important, it is about gaining the capability, by the power of the Holy Spirit, for the Glory of God, and the sake of our neighbor, to LISTEN, SEE, HEAR, UNDERSTAND, and EMPATHIZE with our neighbors. 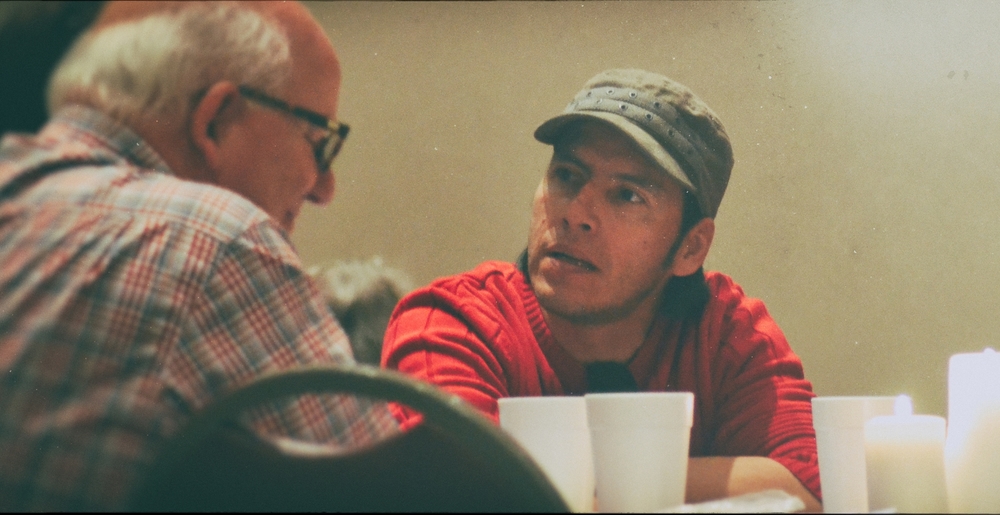 Language is not just about speaking. It’s about LISTENING.

We want and need to be a church that listens first!

We want to be the Church in Acts: moved by the sound of wind, the presence of fire, so that we can speak and hear a new language.

We want to listen to the music that is playing and join in the dancing of the Trinity, which always interrupts the rhythms of our lives.

What This All Means For Us

This is why our congregation is looking for ways to develop real relationships and have real conversations with those who are not like us. Some of us have started attending Sunday morning services with our closest Nazarene neighbors at Segunda Iglesia del Nazareno. Some of us are frequenting grocery stores and restaurants of other cultures in our city. Others are being led to have conversations with neighbors and co-workers they’ve never really talked to before.

And while we do this, we are asking the dancing God to sweep us up into his dance so that we can listen, learn, and love well. We pray that we would be able to cross cultural and racial barriers so that we might be able to listen to our neighbors with compassion and hospitality. And we invite you to join us in this prayer.

The early church was accused of a lot of things. Some accused them of being “cannibals” because they “ate the body” and “drank the blood” of their “Savior.” But do you know what else they were accused of?

Loving too greatly.
Including too much.
Healing too frequently.

I have been a part of a lot of churches. Friendly churches. Generous churches. Churches that have treated me great.

But I would LOVE to be a part of a church that is a reflection of the Dancing God and in such, is accused of LOVING too greatly, being TOO inclusive, healing too frequently. I want to be a part of the church that dances with God to the rhythms of barrier breaking.